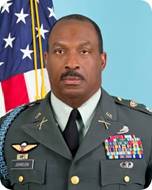 To assist ANASOAG military personnel with their mission, a group of Afghan interpreters was established within ANASOAG headquarters whose services were readily available to all ANASOAG personnel whenever needed.  These interpreters were very proficient in the English language, very professional, and very dedicated to their jobs because, due to the nature of their jobs, their lives and the lives of their families were in extremely grave danger.  The ANA commandos are an elite group within the Afghan National Army.  Despite not being a large force, the commandos do about 80% of the fighting done against the Taliban and other Enemies of Afghanistan (EOA) by the Afghan National Army.  Because of this, the Taliban have extreme hatred for them and anyone working with them which includes US military personnel (especial US Army Green Berets), NATO military members, and ANY Afghan interpreters working with US and NATO military members.  In 2011 when LTC Johnson was in Afghanistan, rumors were rampant that the Taliban had put bounties on the ANA commandos, US Army Green Berets, ANASOAG military personnel (this included LTC Johnson who commanded ANASOAG during the period: Nov-Dec 2011), and all Afghan interpreters working with them (the reported bounty was $1000 a head).  Despite these rumors, NONE of the interpreters working for ANASOAG quit their job or refused to go out on a mission despite the fact that they were at the top of the Kill List that the Taliban had for Afghan interpreters.

Upon his return to the US, LTC Johnson began working on getting as many former ANASOAG interpreters as possible out of Afghanistan and into the US via the Special Immigrant Visa (SIV) program established by the federal government.  Between 2014 to 2020, he was able to bring six former ANASOAG interpreters to the US with the help of his US Congressman, Mark Takano, who has been very proactive in addressing the plight of former Afghan interpreters attempting to obtain Special Immigrant Visas (SIV).  Of these six former Afghan interpreters now living in the US, all have done quite well.  Several work for the Apple Corporation in California, one runs a successful trucking company in Texas, and another (who was the personal interpreter for LTC Johnson) has a well-paying manufacturing job in Colorado.  All have adjusted very well to living in America and all are contributing to the American economy.  They are living proof that the SIV program directly benefits America as well and proves that America is indeed a melting pot where anyone can come here and live the American dream. 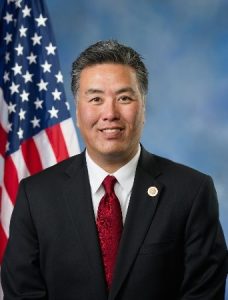 Just recently, LTC Johnson found out that some of the former ANASOAG interpreters are still stuck in Afghanistan awaiting approval of their Special Immigrant Visa.  The typical approval time for a Special Immigrant Visa is three years but with the withdrawal of all US military forces from Afghanistan, time is running out for these individuals.  Because of this, he has turned to Congressmember Mark Takano again for his help.  The Congressmember has been quick to respond, and it is the hope of LTC Johnson that the nine former ANASOAG interpreters still awaiting their SIV will be included in the group of former Afghan interpreters who are scheduled to be evacuated out of Afghanistan in the near future (LTC Johnson has also written the President regarding the plight of these individuals).  If this happens, it will bring the total of former Afghan interpreters that LTC Johnson and Congressmember Mark Takano have aided in “coming to America” to fifteen, a significant accomplishment.  But as LTC Johnson puts it, “I see it as just doing the right thing.  These guys put their lives on the line for us, so we owe them.  Besides, they’ve earned it.  The Congressman sees it the exact same way.”