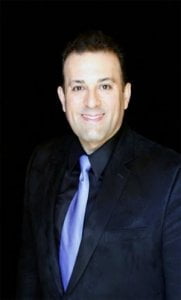 Ernest Alonso has been elected as Vice President of UNITED STATES VETERANS BUSINESS ALLIANCE – Orange County [USVBA-OC]. His goal is to “continue the mission” of taking USVBA to the next level. From building bridges between the SBA, SBDC and SCORE to coordinating cross-networking events with other US Veteran Groups, Corporations and Universities located in Southern California.

His education includes a Bachelor of Arts in International Relations from the University of Southern California [USC]. For over 25 years, Ernest has enjoyed making strong connections and friendships with fellow USC Alumni – locally and worldwide.

Ernest takes pride in having served in the US ARMY twice. He first served as an enlisted Infantry soldier from 1986 to 1989. He was stationed in Bamberg, Germany. Upon receiving his first Honorable Discharge, Ernest became a candidate of the “Green to Gold” program. As an ROTC Cadet Commander, Ernest excelled at Military Science and completed the Advanced Leadership Course at Ft. Lewis, WA. Upon graduating from USC, he earned his commission to 2nd Lieutenant. As an officer, he attended Artillery School at Ft. Sill, Oklahoma. Ernest would eventually earn his 2nd Honorable Discharge in 1995.

Ernest originally hails from a few California cities that have developed his childhood; East Los Angeles, Pico Rivera and Whittier. Since 2002, Ernest and his wife Selina have lived in beautiful Chino Hills, California.